Is there a way to have a pipeline reuse the same run?

An example part of my guild file:

I don’t think I understand “reuse a run”.

Guild runs use files as inputs. Runs generate files and those files can be used by subsequent runs. So any files generated by train_model can be made available to convert_to_onnx.

You can read about this in Dependencies.

But you may be asking about something else so I’m not sure my answer here is helpful.

I see the utils:convert_to_onnx as a ‘patch’ to the train_model run, i.e. in my mental model they should be the same run/experiment and not two separate runs.

Consider for an example a situation where I want to share the onnx model produced from the utils:convert_to_onnx with some team members. In this case I have two share both runs in order for them to have all info about what generated the onnx model. Or at least that how I currently understand.

I understand now — thank you for the clarification!

Guild is not really setup to do something like this. In Guild, a run, once completed, is informally considered read-only. Guild does not currently enforce this read-only state, but I think it should. The thinking is that, once a run is completed, it’s set and should not later be changed. Future releases of Guild will likely formally support this via these mechanisms:

These are all important considerations for reproducibility and audability.

However, the patching scenario that you describe is quite common — and generation of a runnable artifact is a good example. Another example might be model compression, quantization, etc.

From Guild’s point of view, these patch operations should be separate runs. This keeps the upstream runs immutable and separates any newly generated artifacts. If the downstream operation is meant to modify an upstream file, it should use a copy dependency and modify its own copy of the upstream file.

In Guild 0.7.x the default target type is link. To copy you need to explicitly use the copy target type as per the example above. This will change in 0.8 so that copy is the default. If you want to link, you’ll need to use link. In that case, the link will be read-only — again, using the rationale above.

Now, all this said, Guild does support a --restart option, which is specifically designed to re-run an operation from within a run directory. This is really intended for use with terminated or error status but works just as well with completed status. The use case this addresses is the common case of restarting a run that stopped early or failed — e.g. to train more or to fix a bug without having to restart a run from scratch.

To your case, I would first consider the Guild approach I describe above, where patches are really just additional runs. Think of this like a copy-on-write file system, where changes are implemented as additional transformations rather than in-place edits. Docker images e.g. work this way.

If you strongly prefer to edit the run files in place, you still need a second run. You can link to the files that you want to modify and then delete the patch run afterward. However, I think this is not ideal. The patch is a meaningful operation, which I think you should record. The second run formally captures the patch operation, including the source code used, flags, results, etc. If you delete this run, you lose that record.

Garrett, thank you for this answer. This works great.

There is one particular issue I am running into when using patching operations. In the example you provided:

Imagine that upstream is a training operation with a bunch of guild flags, metrics etc. logged and working well with guild visualization tool.

This is an issue, since I am only tracking the downstream run and not the upstream run and in the case of generating an onnx model it is still nice to be able to visualize training metrics produced by pytorch (in my example).

I hope this make sense, otherwise please let me know.

Guild supports a lot of metadata for runs, but there’s nothing in place to propagate upstream run metadata to downstream, esp for use in compare tables. The upstream flags want to appear in downstream runs but they’re not flags. They represent information about the downstream run. Neither are they simply logged summaries, text or numeric. Guild supports tags, labels, and comments. But these aren’t any of those

I can suggest some workaround to help you through this but I unfortunately don’t have a solid proposal at this time. This problem must be solved though — so we’ll get there. I’ve bumped this in priority as it’s been lingering too long.

My recommendation, as a way forward in the short term, is to write the values-of-interest to the downstream flags attribute. This will cause them to appear in compare lists.

Here’s an example you can work from. 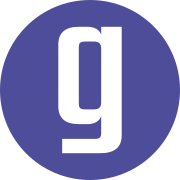 This is a bit painful, but it should work. Unfortunately I can’t think of a simpler work-around for what you need.

Just tried it out - it works great.

Last question: what is the best way to determine whether a python scripts was executed through guild? Is there support for this in the Python API?

You can check for any number of environment variables.

If you want to use a Guild specific API (I recommend not doing this whenever possible as it needlessly locks your code into yet-another API dependency) you can use something like this:

The _api naming convention signals that this module is not officially supported. But you can rely on this interface. At some point it will just be from guild import gapi.